Reading the article will take you: 3 minutes.
A scatter plot (also referred to as a scatter graph) is a plot with two perpendicular axes, where two variables are presented.

This type of plot is useful for determining the relation between two quantitative variables, an important technique in analyzing the correlation, regression, or classification of data.

What is the scatter plot’s main advantage? A scatter plot not only can present the direction of a correlation and its strength, but can also be helpful in indicating clusters of observations with similar values, in verifying the correctness of classifying cases into designated groups, and in the initial determination of whether or not there are observations which deviate from the general trend.

First application of the scatter plot

The scatter plot was first presented in 1833 by English scientist John Frederick W. Herschel, who used it to study the orbits of double stars, and, more precisely, to plot the angle of the position of a double star in relation to the year of the measurement. A scatter plot was used to understand the fundamental relationship between two measurements. 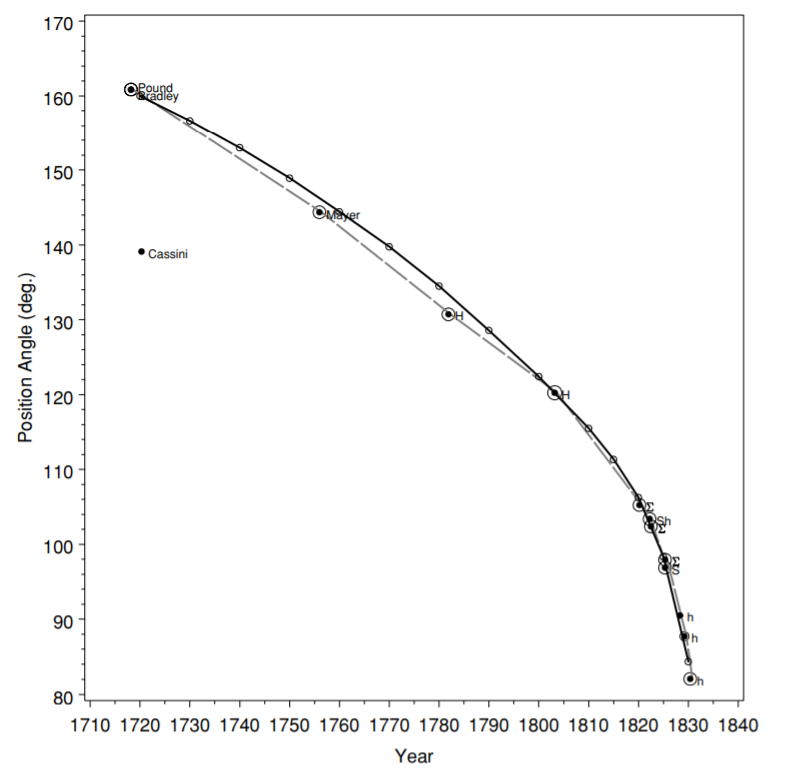 Plot 1. One of the first scatter plots prepared by John Frederick W. Herschel which presents the angle of the position of a double star,
and the year of the measurement. Source: Friendly M., Denis D., 2005: The early origins and development of the scatterplot.
Journal of the History of the Behavioral Sciences, Vol. 41(2), p 118. 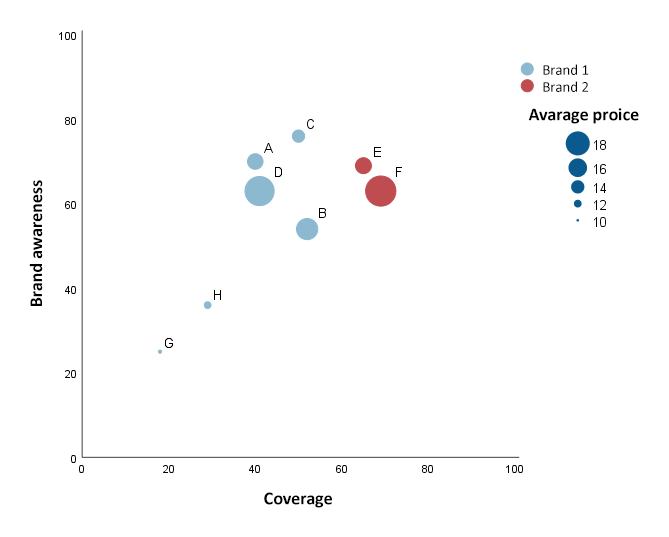 Plot 2. An example of a multi-dimensional scatter plot

How to interpret a scatter plot

The table presents the data on the height and weight for 8 people. Then, the data were presented on a scatter plot (plot 2) 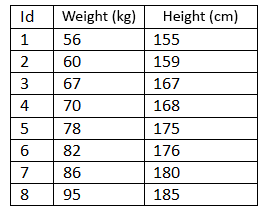 Table 1. Height, and weight of the individuals studied 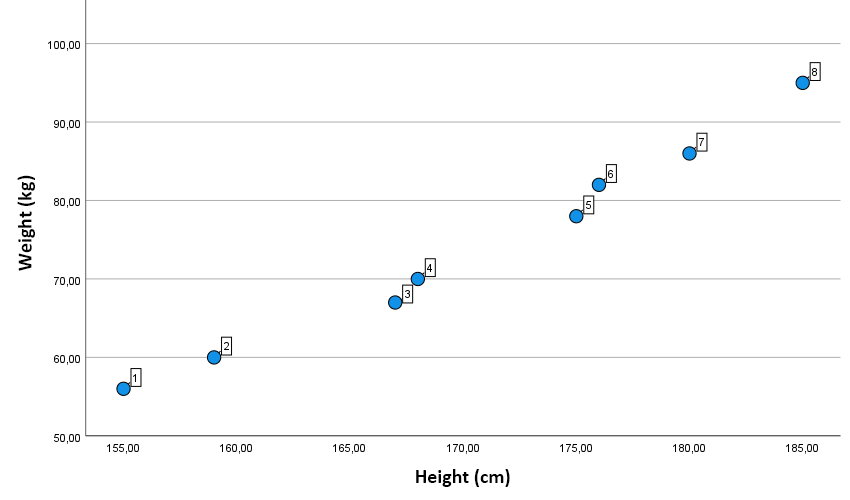 Plot 3. A scatter plot which presents the relationship between the height and weight variables 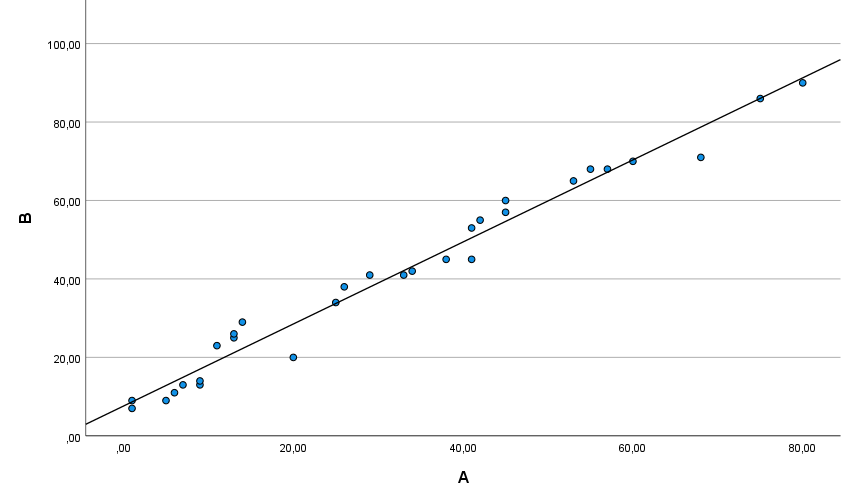 If the arrangement of the points on the plot runs from the left upper corner to the right bottom one, this indicates a negative correlation (plot 5). 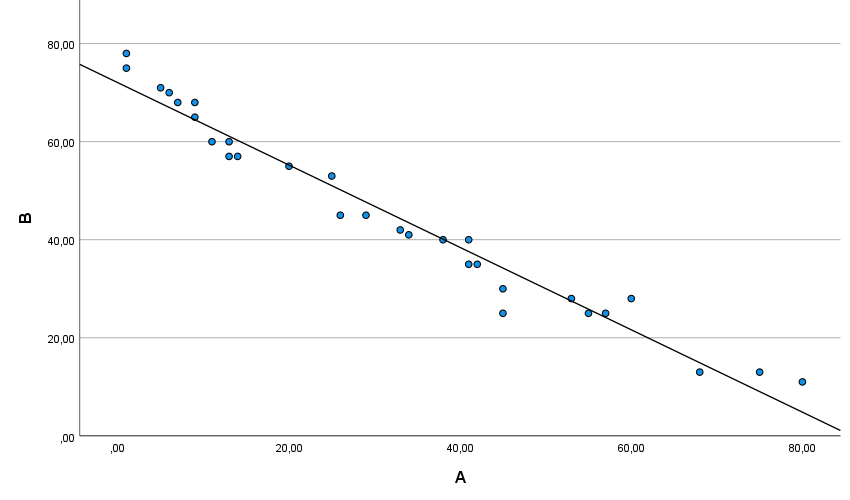 The plot, where the points are scattered in the form of a cloud, will usually indicate the absence of a linear relation between the variables being analyzed (plot 6). 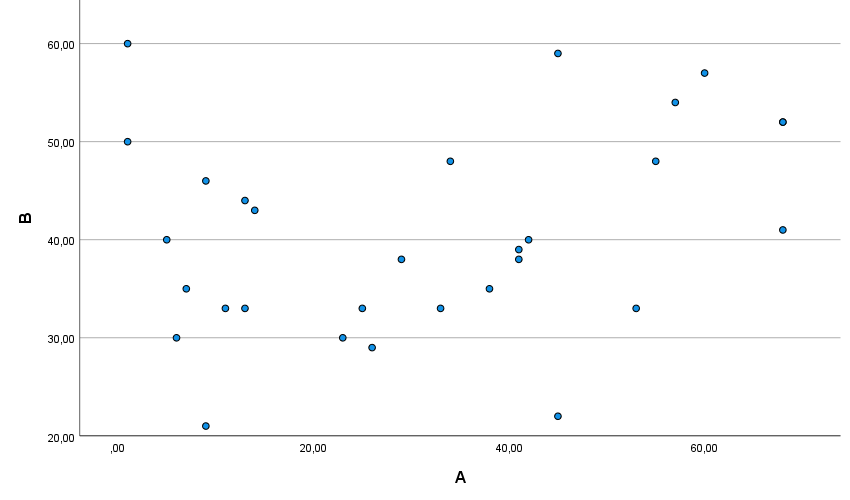 To sum up, presenting data by means of a scatter plot makes it possible to:

It is worth adding that, on a scatter plot, additional qualitative, or quantitative variables may be used, which will expand the range of the data being presented.